Capri, the marvelous island full of natural wonders, of arches that throw themselves into the sea and of clear waters that you can see the bottom at tens of meters. The island of celebrities from all over the world, of Jacqueline Kennedy, Gothe, Lenin, Fersen, Neruda, Tiberius and Augustus. The island of caves such as the Blue Grotto, once a private nymphaeum of a Roman villa, the Green Grotto with its turquoise colors. The island of nightlife, with clubs in the center to dance until dawn. The blue cave, now a national museum, was originally a private marine nymphaeum in Roman times. Rediscovered after centuries of oblivion in 1826, it is now accessible by special wooden boats guided by experienced local sailors who will explain the uniqueness of this site. 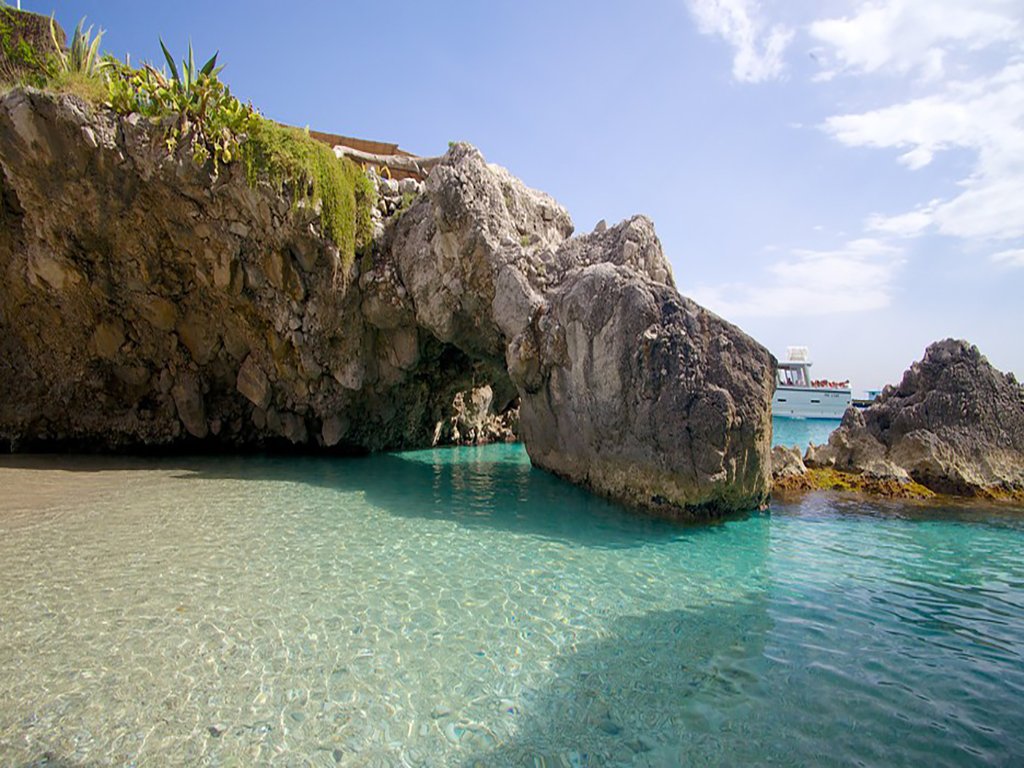 The bay of Marina Piccola stretches from the Faraglioni to the Grotta Verde, located on the south side of the island. The bay is the ideal place to moor yachts and boats to stop and enjoy the calm and clear sea. The small marina also has a small beach accessible in a few minutes from the center of the island by a fast staircase. 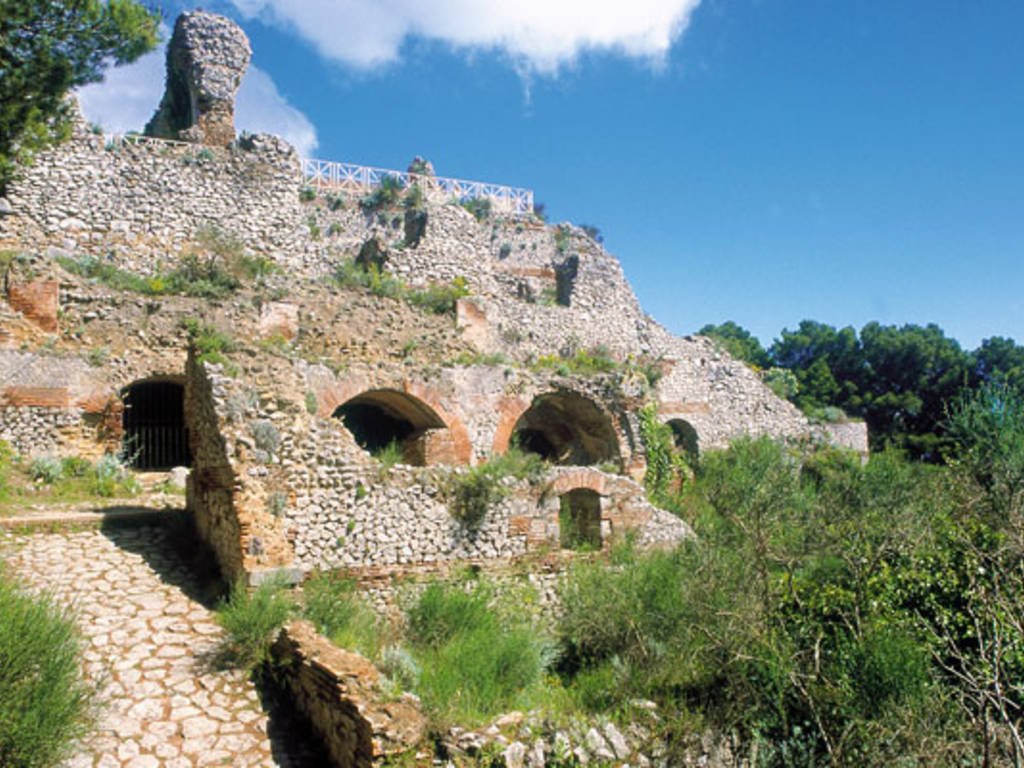 Villa Jovis was the home of the Roman Emperor Tiberius Caesar, successor of the Emperor Augustus Caesar, who already marked his presence in Capri with numerous Villas built under his reign. Tiberius would live permanently in Capri between 27 and 37 AD. Until he reached the end of his life. The Villa Jovis remains one of the best preserved Roman structures in the whole region, and it is possible to visit it after walking to the top of Mount Tiberius, where its ruins rest. 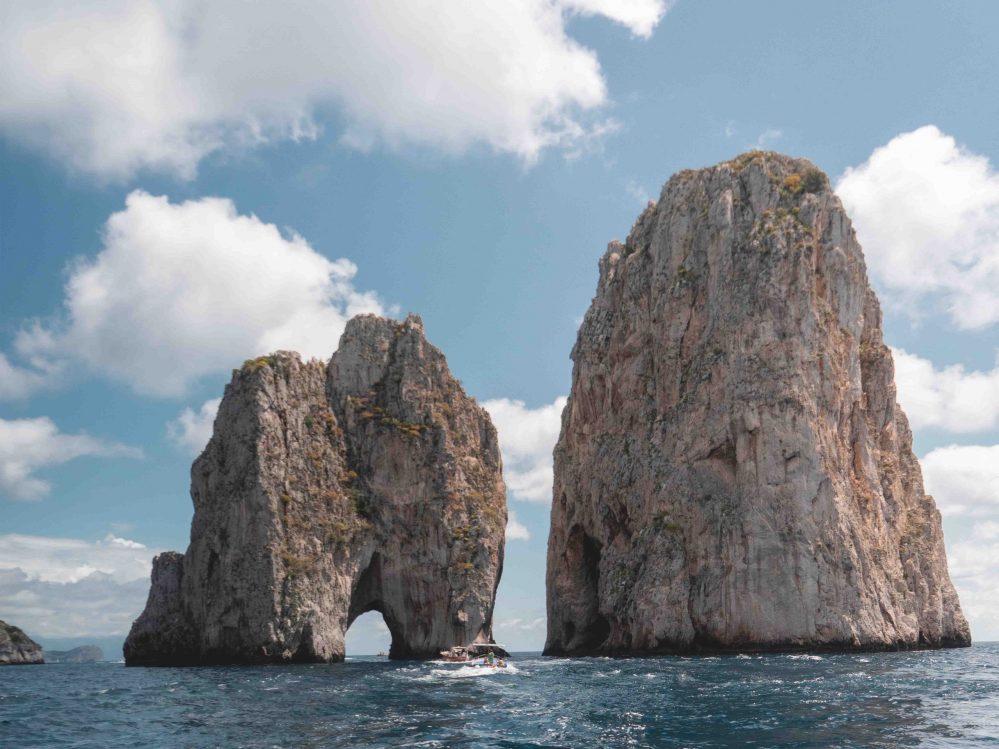 The Faraglioni are a geological formation of pronounced elevation, composed of 3 large rocks, two of them separated from the island of Capri, at the height of the surface, and one, smaller, that is part of the island at the southeastern end of it. Over the years, the rocks have become one of the symbols of Capri, thanks to their impressive visuals and the tradition that surrounds them. 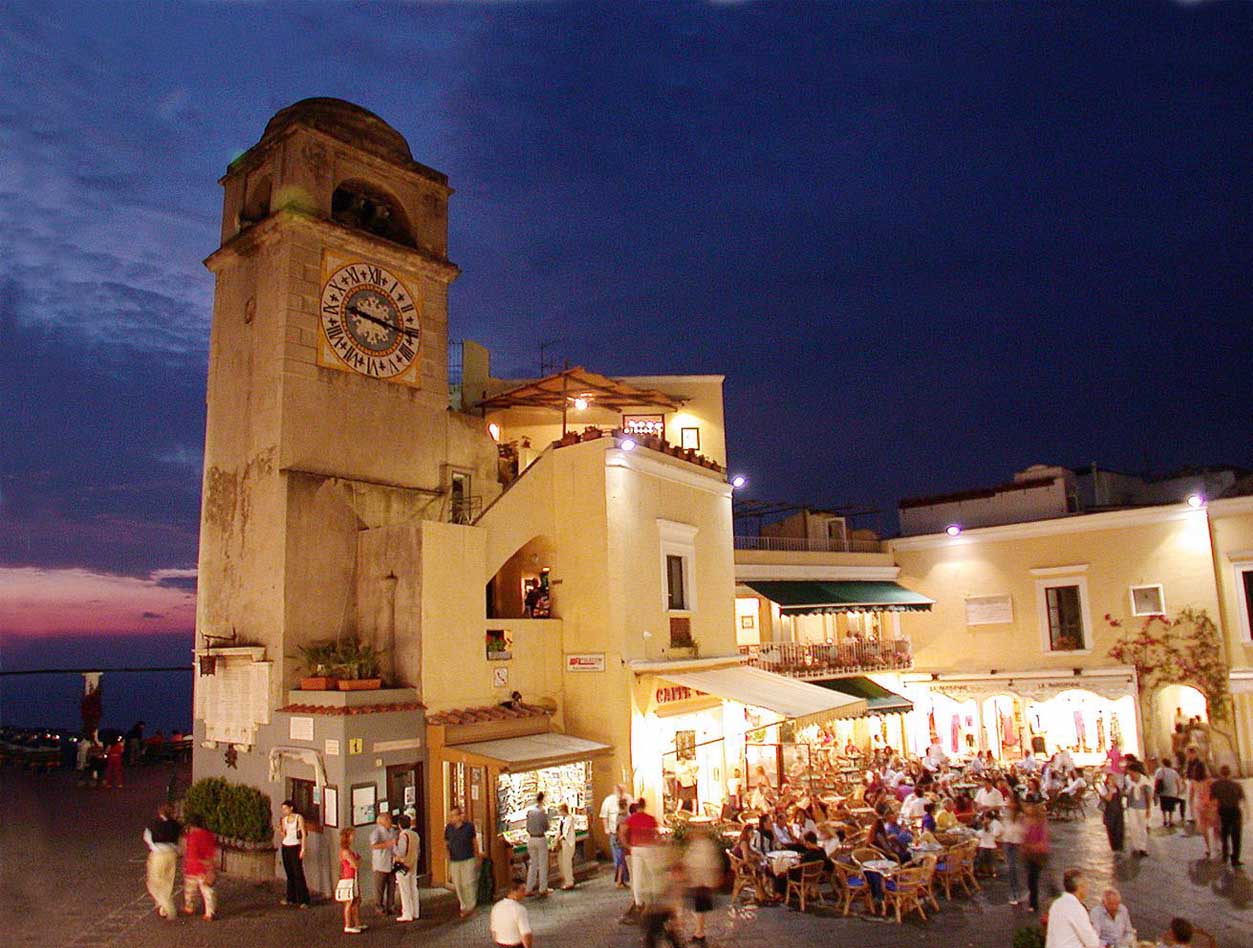 The Piazza Umberto Primo, better known as the Piazzetta, is the main square of the island of Capri, which, without counting the vast surface, receives hundreds of thousands of tourists every year, as it is a place of almost forced passage to reach most of the tourist destinations of Capri, and for its architectural and natural beauty. The square is full of shops and bars. It hosts an ancient church dedicated to Santo Stefano and the Clock Tower, a particular sign that represents it. There is also the entrance to the Funicular, which connects the square to Marina Grande. 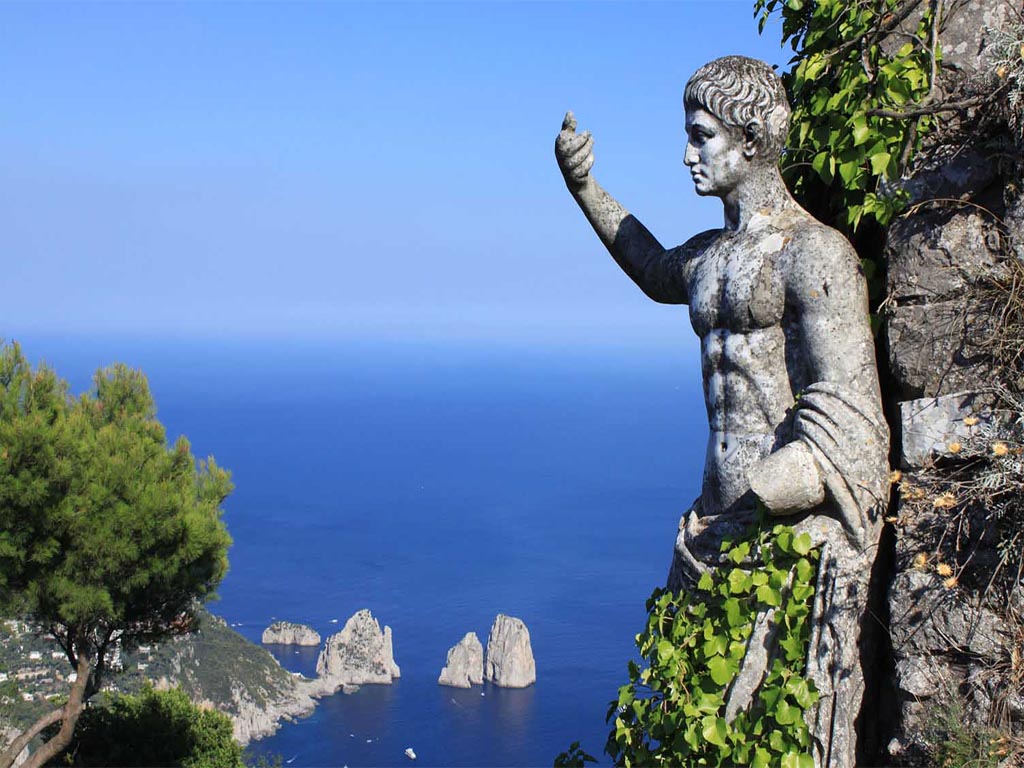 Mount Solaro is the highest elevation present on the island of Capri. The peak, which rises 586 meters above sea level, makes the mountain a tempting attraction thanks to its panoramic views of the entire island, and much of the gulfs of Naples and Salerno. It is possible to reach the top of Mount Solaro thanks to the Chairlift, which carry one person at a time, for a stretch of 11 minutes at an estimated height of 15 meters from the ground, until you reach the top, where there is a bar, a small square and bathrooms with free access. 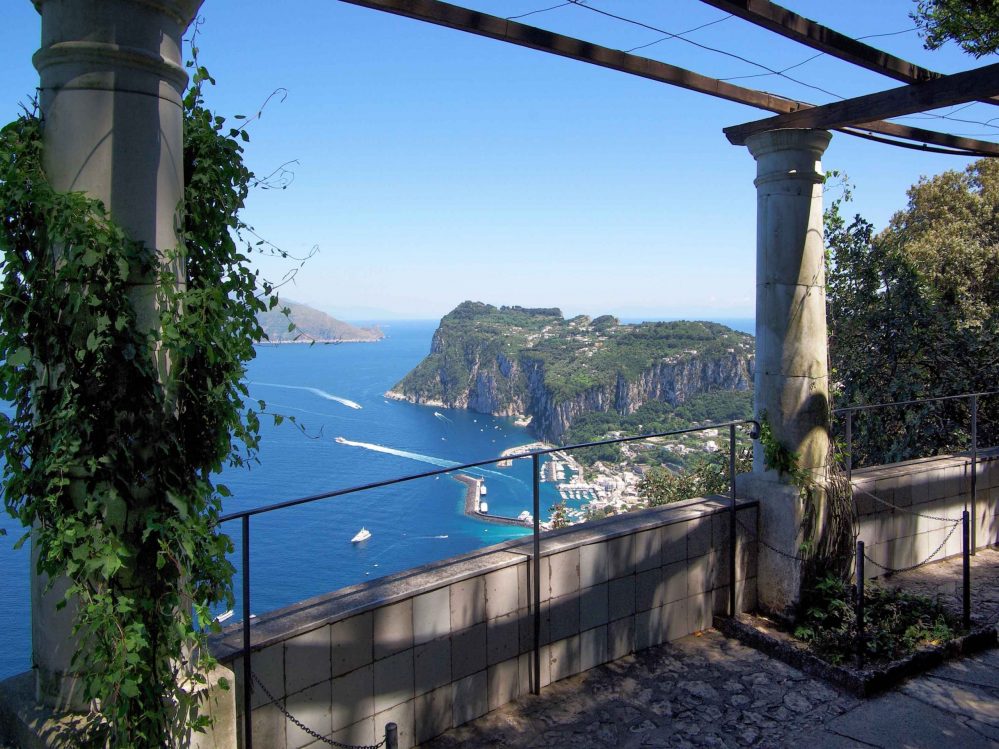 Villa San Michele is probably one of the most emblematic buildings on the island. Located in the city of Anacapri, Villa San Michelle was designed and built by the Swedish doctor Axel Munthe who, after arriving in the city of Naples to help cholera patients, fell in love with the view of Capri and decided to build his home on the remains of a small church dedicated to San Michelle.

Axel Munthe wrote a book called “the story of San Michelle” where he tells his life full of vicissitudes and the construction of the village, which today is, together with the Blue Grotto, one of the main attractions of Capri. 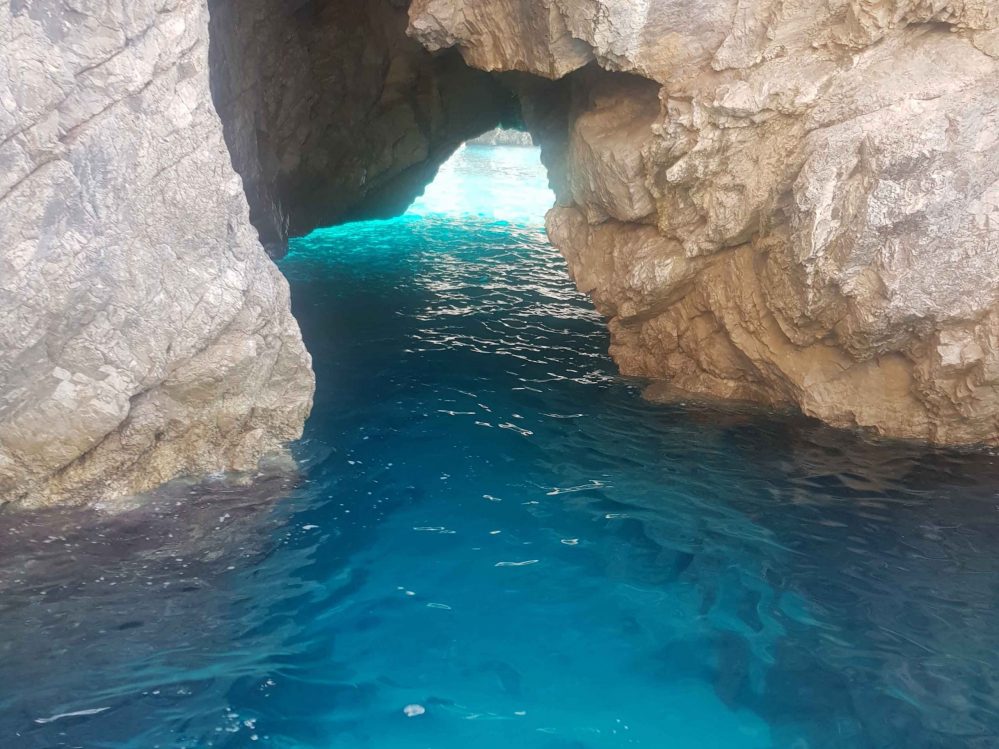 The green cave is named because of the green effect of the water inside. The high rock walls that open the entrance to the cave, and the sunlight that reaches its interior, generate a combination of lights and shadows capable of tinting the water an intense green color. The cave has two entrances, and although it is not very large, it captivates many visitors thanks to its combination of colors.

9. The garden of Augusto 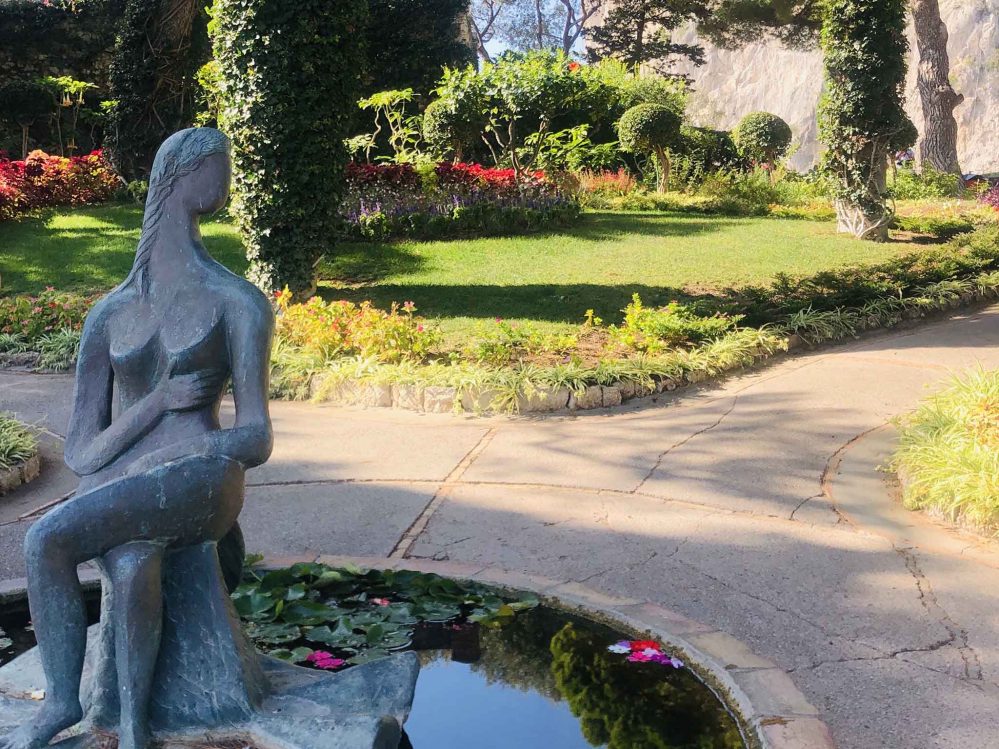 The Gardens of Augustus are a series of small gardens and panoramic points located in the city of Capri, near the monastery of Saint Giacomo, and with a privileged view of the famous Via Krupp, the Marina Piccola and the Faraglioni rocks. The gardens are of exceptional taste, decorated with Roman sculptures and visited by many tourists thanks to their easy access on foot from the piazzetta of Capri. 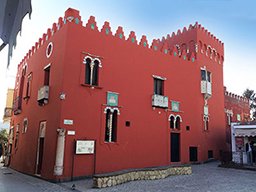 Ferries arriving in Capri at the port of Marina Grande come from many different ports. The most frequent connection is the one that connects Naples to Capri with departures from the port of Porta di Massa just a few steps from the historic center. The connection takes about 50 minutes by boat. Other connections are from the Amalfi coast, Sorrento and the island of Ischia. In the high season the trips are much more frequent than in winter. The service is carried out by various shipping companies and the cost of the ticket is about € 20 one way.

The best way to reach Capri is undoubtedly by private boat by choosing a private tour or a quick transfer. The possibility of customizing the departure times and having a boat available to enjoy the coast make this the most popular option to reach the island. Prices for a tour to visit Capri are on average around 80€ per person all inclusive.

The helicopter is undoubtedly the fastest way to reach the island. Hundreds of connections are made daily from Rome, Naples and Sorrento to the heliport of Anacapri. Prices for a few minutes transfer from Sorrento are around 500€ (one way!).

To visit Capri and all the attractions that this island offers, you need about two days because the island is small and you can reach any point in a short time.
Capri is the island of crystal clear waters by day and the most romantic island in the area by night.
If you decide to come and visit it, you should definitely take a boat ride around the island to enjoy everything that nature gives us with this island, starting from the magical color of the sea, the caves, especially the Blue Grotto, and the coast.
Also mandatory stop are the gardens of Augustus, located a few meters from the famous square “piazzetta”, where you can also reach some panoramic points such as Belvedere Cannone and Punta Tragara.On the island, in addition to the town of Capri, there is also the town of Anacapri, which manages to amaze everyone with breathtaking views that offers from Monte Molare (reachable by a panoramic chairlift, or climbing on foot).

in Capri you can use a public bus service to reach, as far as possible, both towns. In addition to the many alleyways, where only walking is permitted, the driveway is quite narrow, so the buses in the area are small, but very frequent (every 15 minutes in summer, every 30 in winter). These buses connect the two ports to the Piazzetta of Capri and the center of Anacapri, and also arrive at the Grotta Azzurra. In addition to public buses, there are private ones that organize tours of the island, as well as many cabs that in addition to doing transport service also organize their own tour of the island. Moreover, on the island there is also the funicular, which in a few minutes connects the port of Marina Grande to the Piazzetta and vice versa.
It is not possible to move on the island with your own car, nor rent it, but you can rent scooters. There are also many boats that provide transportation services.

The best time to visit and enjoy all the activities available on the island is undoubtedly during the summer period. The beginning of the tourist season on the island usually begins during the Holy Week celebrations between March and April. The end of the “Capri summer” is usually fixed for the so-called “bridge of the dead”, i.e. the days between the weekend and November 2nd. The problem of overcrowding on the island has increased over the years the summer period and it is advisable for those who have the possibility to visit the island not in the months of July, August and September but prefer months like October or May when the island is less crowded.

Find the perfect water activity on Capri for you 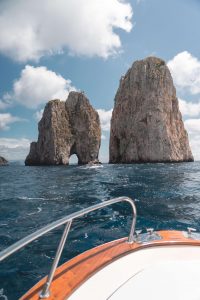 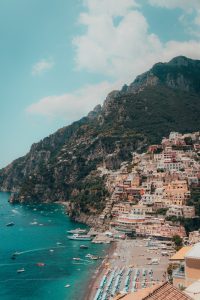 From Capri to Positano & Amalfi by boat 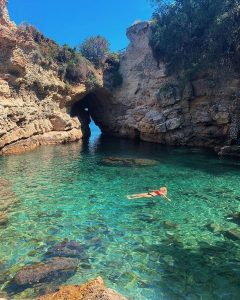 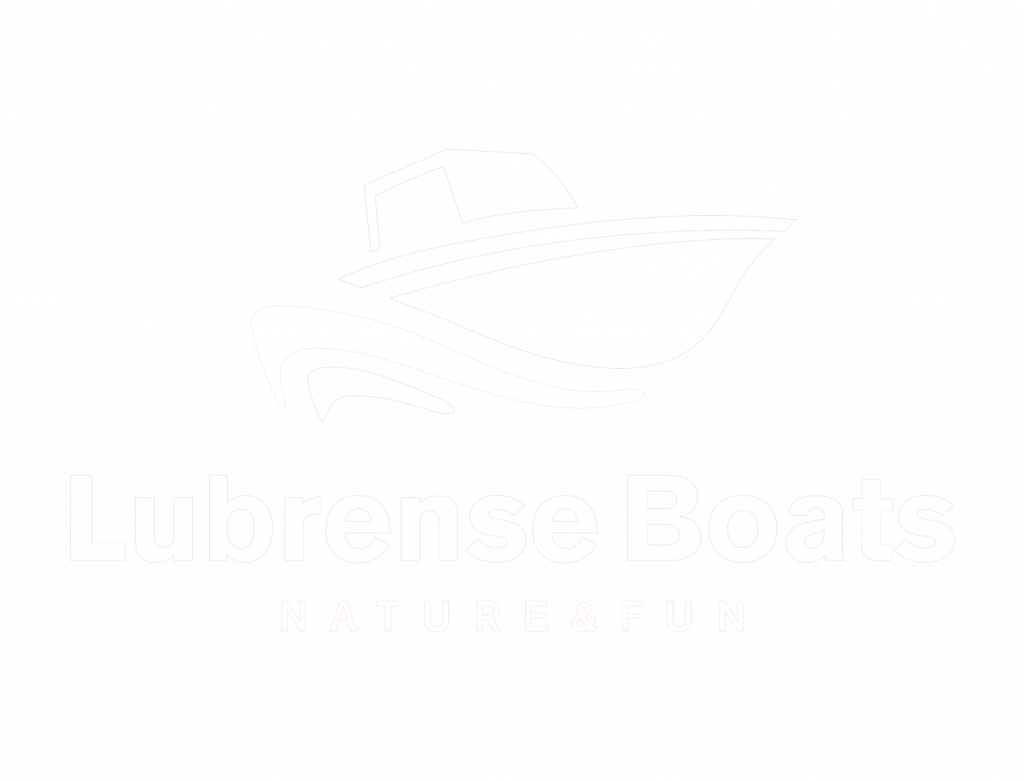 For 10 years we have been doing boat tours to discover the most beautiful places in southern Italy. The Amalfi coast, Sorrento, Capri Island, Naples & More. Choose from hundreds of different experiences and enjoy your holiday.

and take the 10% off on the May small group tours 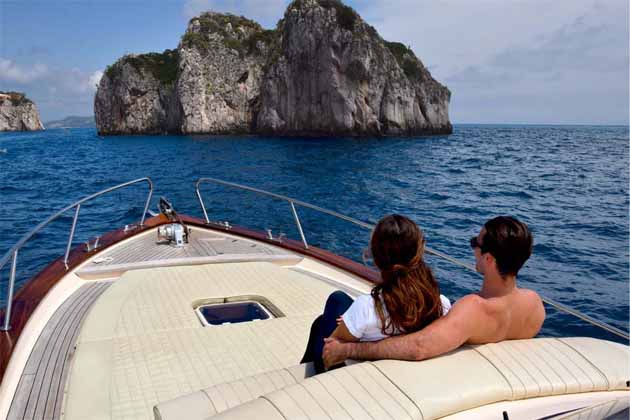 Use the promo code LUBRENSE2021 to take 10% of discount

The promo is valid all months except July & August